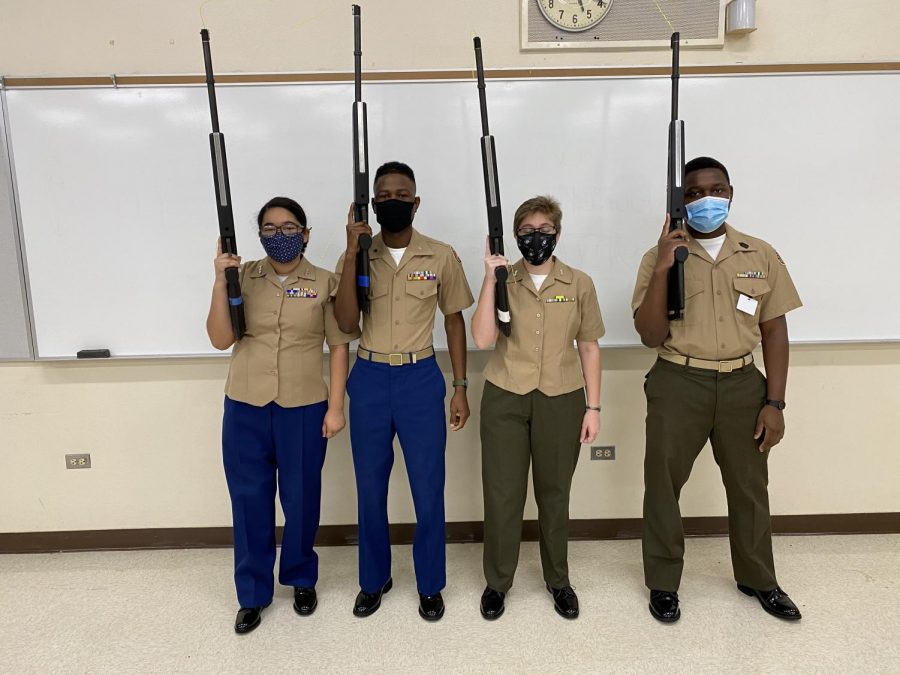 On December 2, the MCJROTC Marksmanship Team participated in the First Annual Black Talon Thanksgiving “Turkey Shoot.”  Cadet Major Reid, Cadet Captain Garcia, Cadet First Lieutenant Vacarro and Cadet Sergeant Major Smith all shot at the marksmanship range at Palm Beach Lakes.  The targets were then handed off to Centennial High School’s instructor and scored against 37 teams from 20 schools.  Lakes scored the highest they have as a team in any shooting competition and placed 13th overall.  It was their first competition of the year. They are excited to improve and to see what they can achieve this year.